YxYY (Yes x Yes Yes) is a creative festival held every summer in the iconic Ace Hotel Palm Springs, California. With over 400+ attendees the weekend is a celebration of serendipity, making, playing, and connecting. Self described as "A gathering of thinkers/futurists/nerds/weirdos... all awesome enough to say YES!" The atmosphere is eclectic, fun and openminded (it's basically a big creative pool party!).

Working closely with one of the four female founding members Willow O'Brien, I created the event illustrations for the fifth and final event in June 2017. My concept exaggeratedly played with the idea of a futuristic pool party to include a host of local Palm Springs iconic wildlife characters; desert tortoise, flamingos, exotic birds, iconic palm trees and of course a mountain lion!

Rough sketch and notional colour palette - the palette was inspired by the bright, vibrant Palm Springs location and it's mid-century modern heritage. 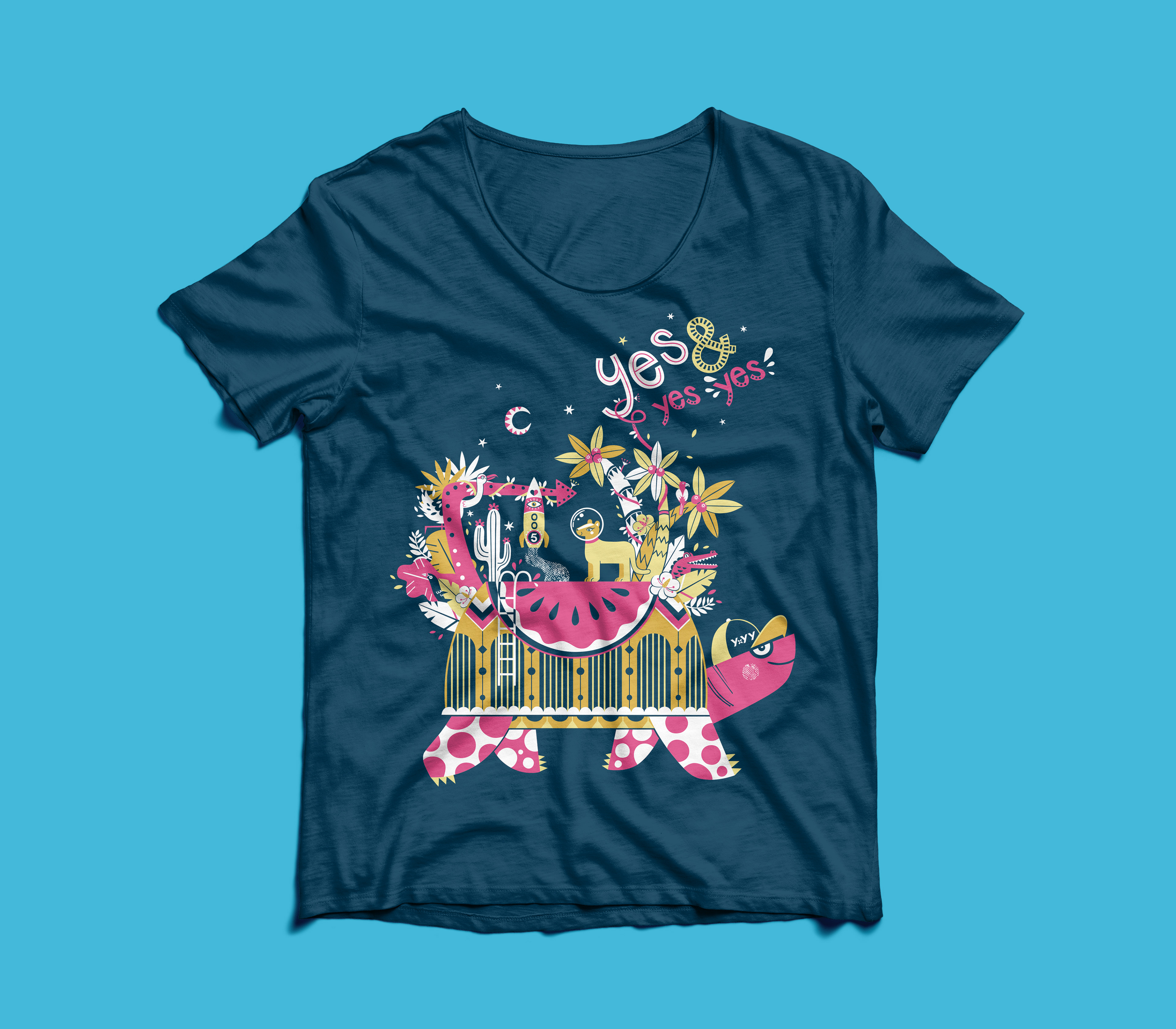 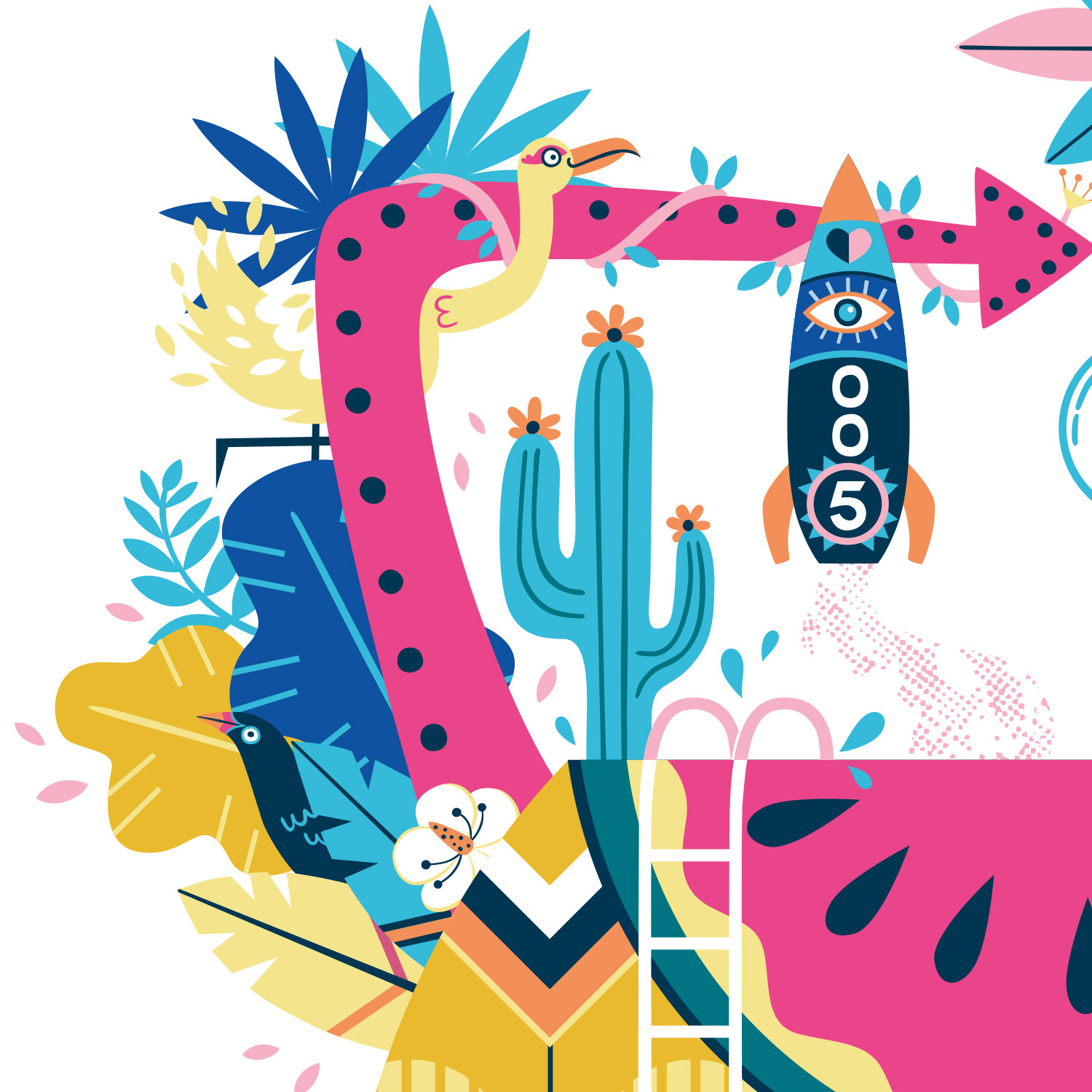 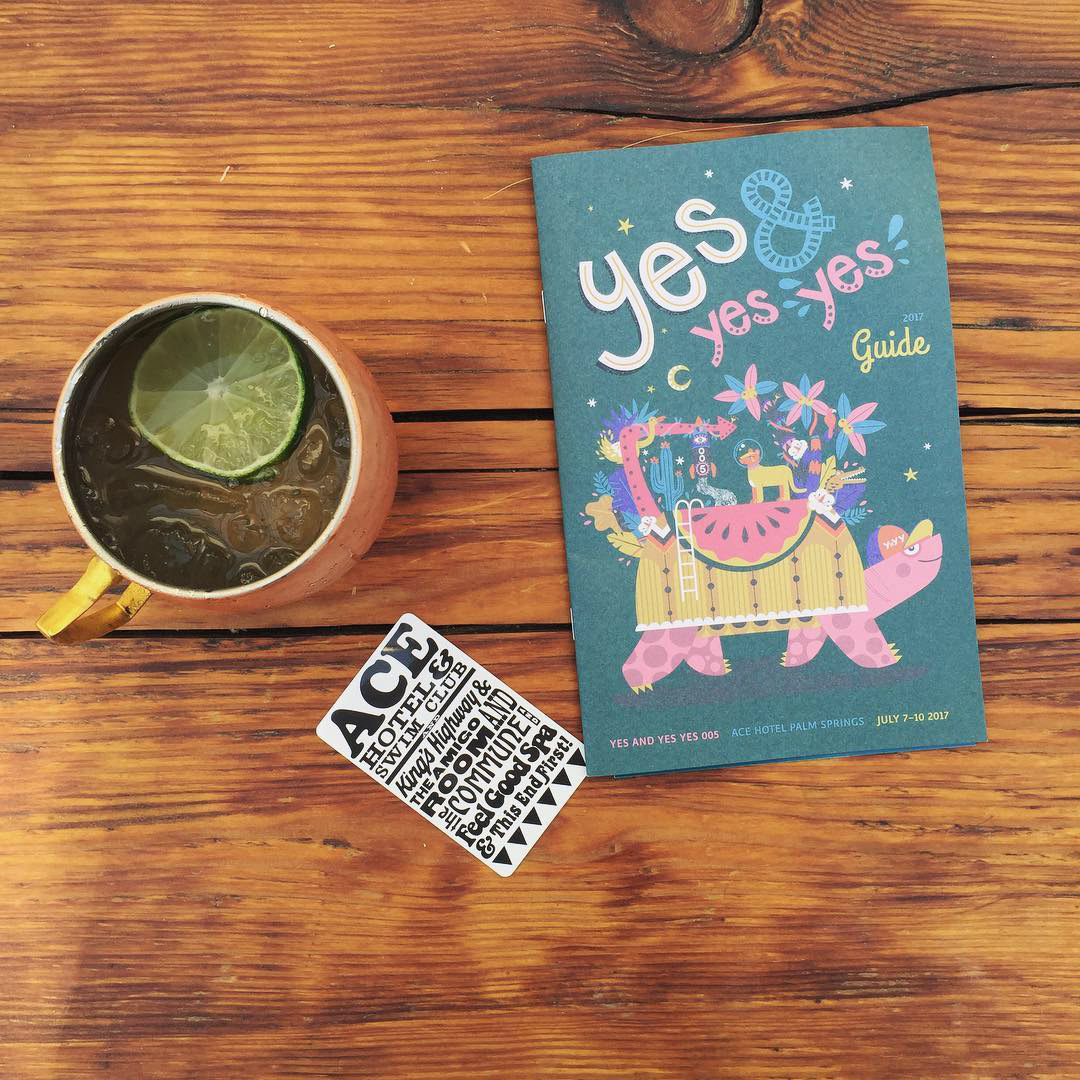 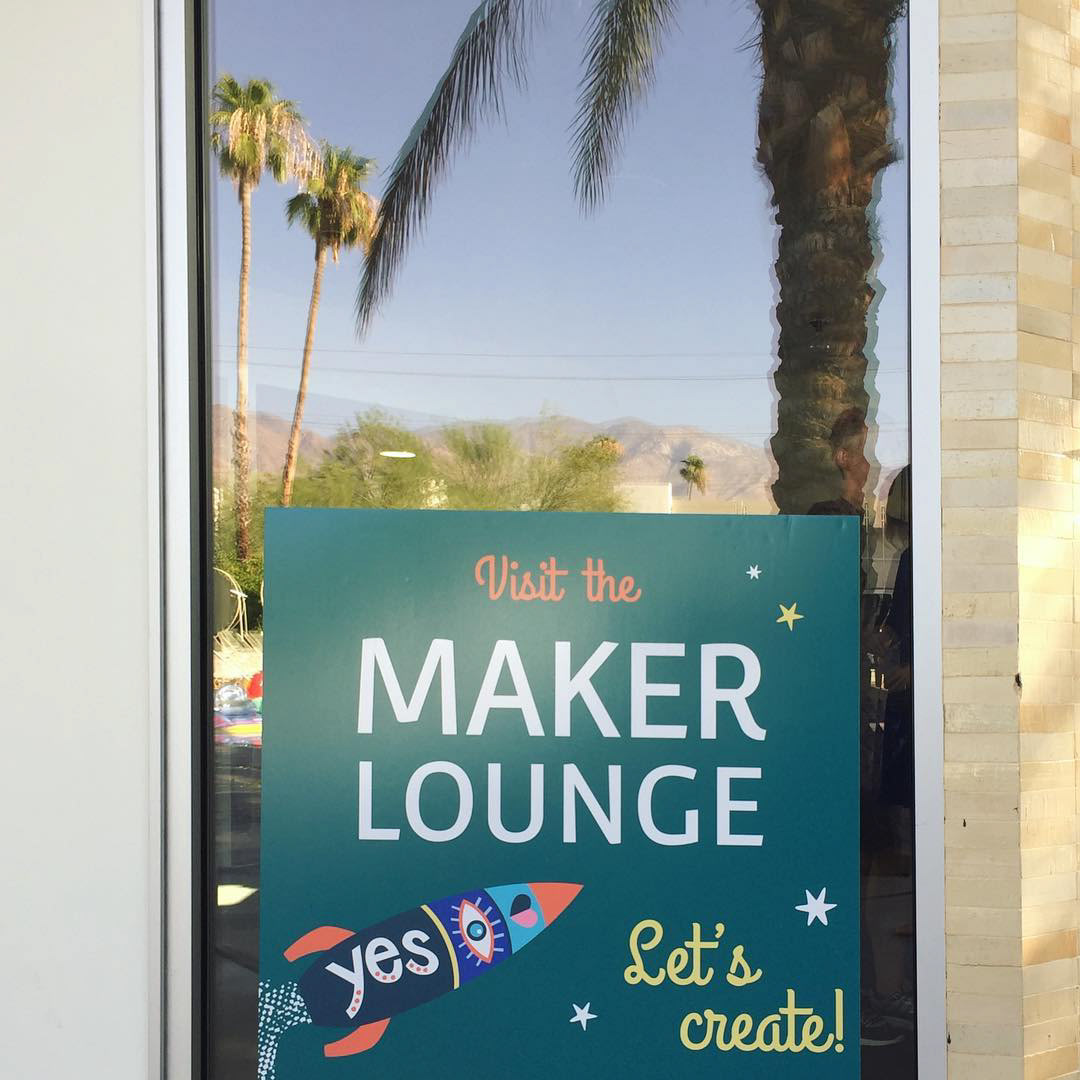 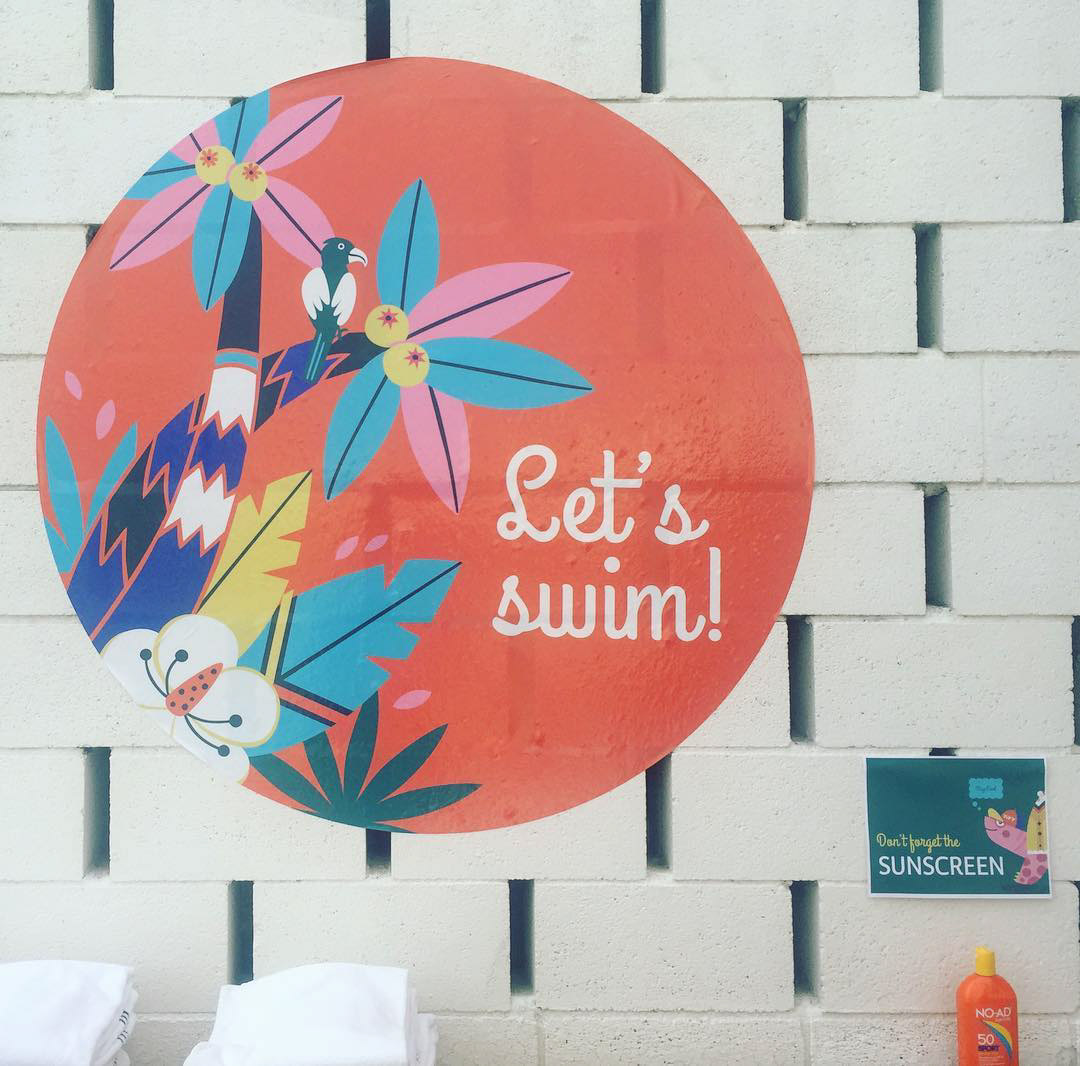 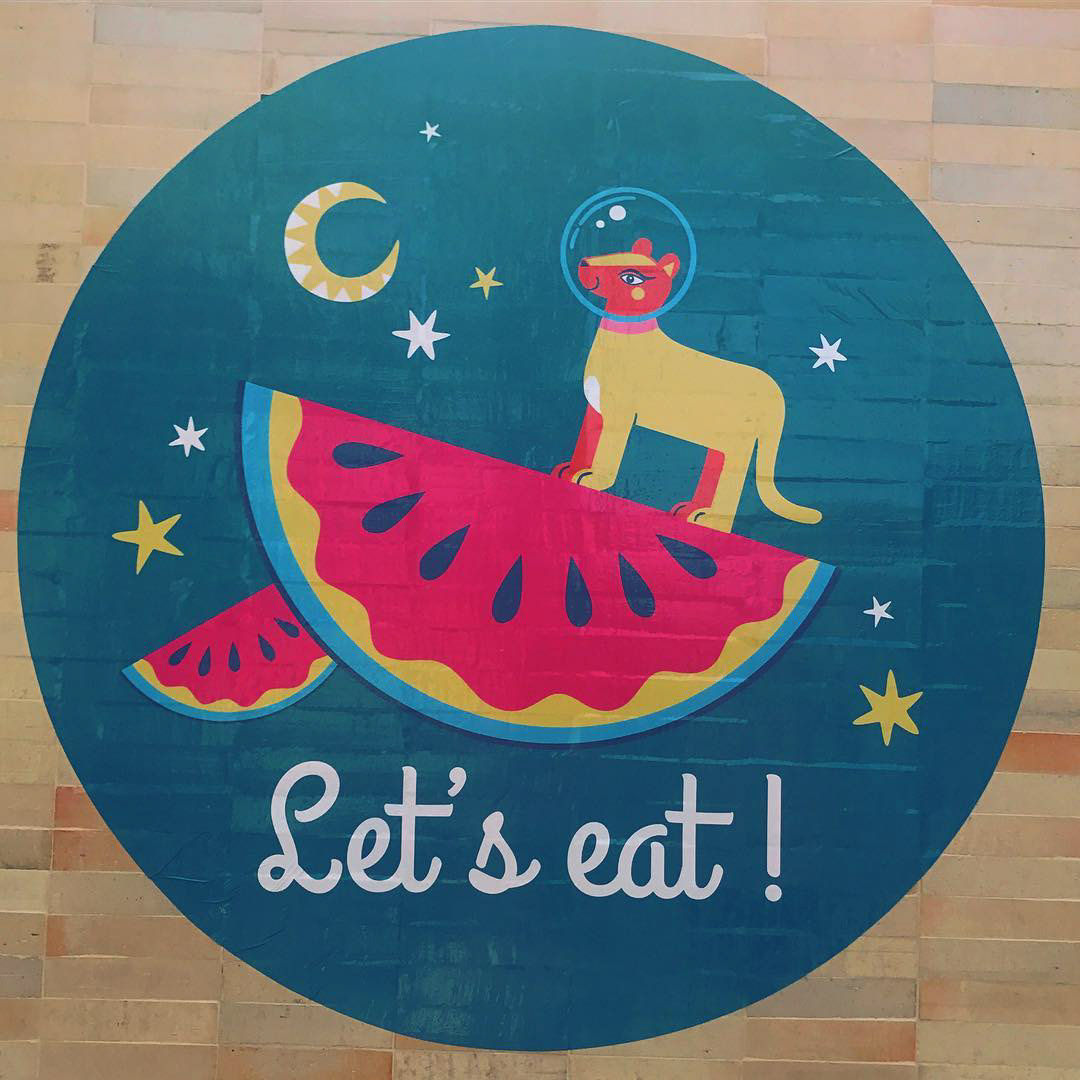